“Carlos Guitarlos is one of the greatest Blues/Americana guitarists of our time and he might just be a better singer than guitar player.” –Mike Varney, founder of Shrapnel Records Group and Blues Bureau International

Cadillac Zack of Southern California Blues Society says: “Possibly the most prolific and soulful of American roots songwriters and performers today, if not all time.”

Los Angeles Times says: “…The technique is unmistakably sophisticated: chords and melody played simultaneously, the way Chet Atkins might have done.  An old gravelly blues voice, perfectly cracked, effortlessly in tune, pours from the slumped singer. The truthfulness of the voice commands you to listen…” 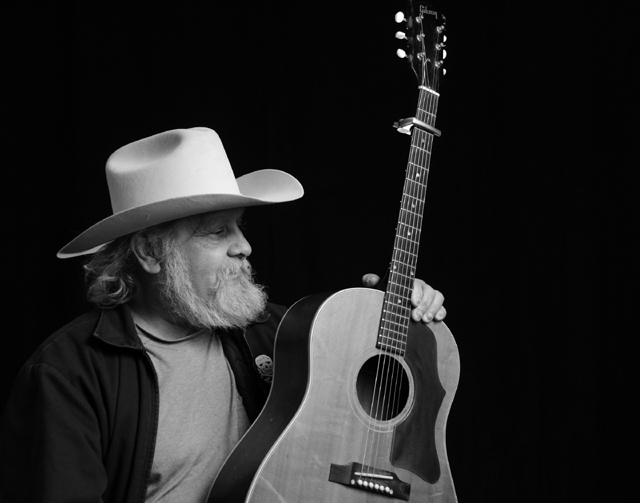 Jonny Whiteside says:  “They don’t call him Guitarlos for nothing–the cat wields his ax with flabbergasting skill, a mix of sophisticated technique and sheer musicality that allows him to employ a long-range artistic reach spanning a spectrum of impressive breadth, depth and height.

Technically, Guitarlos is unrivaled–he’s capable of playing melody, an intricate bass line and beating out hot percussion all at once, creating a full-blown sound that positively dazzles. With a bottomless repertoire that demonstrates an intimate knowledge of almost every vernacular American music form, he also delivers it in a wildly idiosyncratic fashion that is as undeniably authentic as the hard-knock life he’s led. 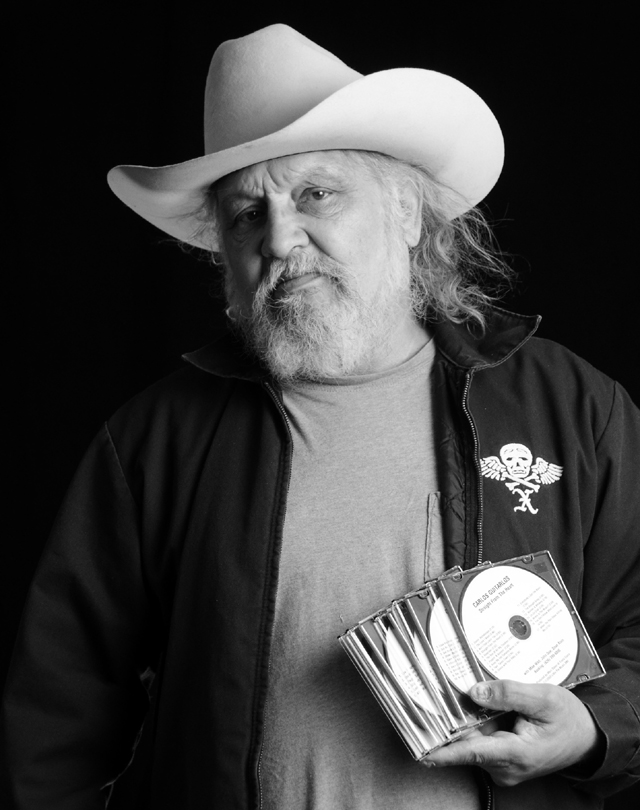 LA Weekly says:  “If you’re going to name yourself Carlos Guitarlos, you’d better make sure you’re a damned good guitarist. So good, in fact, that you can play anywhere, out on the streets or in a fancy concert hall, with the uncanny ability to pull from memory just about any blues-rock classic and, on top of that, play it in a style that’s uniquely your own. And then, somehow, you should also be so good that you can write and sing dozens of your own originals, in all manner of genres, from bewitchingly sad ballads and deft Beatles-like pop structures to ragingly dirty blues and Latin soul.  —Falling James”

The Times of London gives Carlos Guitarlos at Borderline a FIVE STAR rating: “Blessed with a gruff but heartfelt singing voice and possessing a huge vocabulary of guitar chops, he performed like a rogue angel. With his long grey hair spilling out from under a fedora, he looked and sounded every inch the battle-scarred survivor.” –David Sinclair 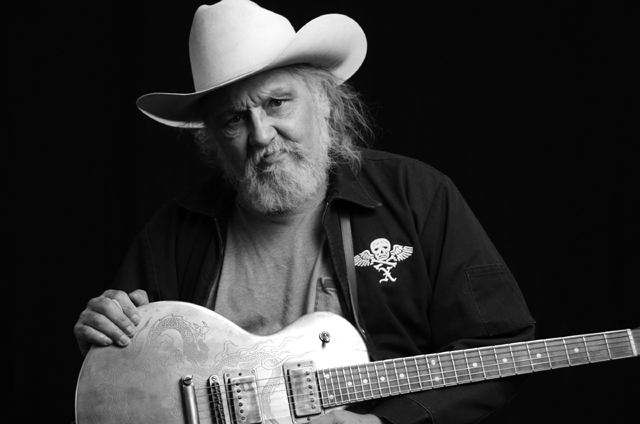